Among investors, cryptocurrency has been hyped as the next big thing. Or so it was until the cryptocurrency bubble popped in early 2018 – but it survived and is back as one of the most profitable investments on the market. Just a year ago, a single bitcoin was worth about US$6,800 (S$9,100). At its peak, it was worth over US$50,000 (S$67,100). In addition to its safety as an investment, it is also known for being incredibly secure without needing a central authority to control it. Bitcoin transactions function, after all, with blockchain technology requiring anyone adding transactions to show a proof of work using a cryptographic hash function, which in theory is unfeasible to forge.

But this meteoric rise has not been without controversy, and the world would do well to take note of these controversies. Bitcoin’s rise has been, in large part, due to speculative flows. Bitcoin is essentially a form of fiduciary money. It functions as money not because it is backed by some commodity, or because of government order, but simply because people believe it can be used as a form of money. If we heed John Law’s conjecture that “money is not the value for which goods are exchanged but the value by which they are exchanged”, part of Bitcoin’s valuation becomes clear. Bitcoin itself is not valued because it has intrinsic value, but rather because of widespread confidence in its acceptance and use – that it can fulfil a coincidence of wants. When confidence in such forms of fiduciary money fails, the currency can quickly lose its value as people become unwilling to hold it. Of course, at present, this possibility seems a far cry from reality. Public confidence in cryptocurrencies, including Bitcoin, is high, despite warnings from economists and some high profile investors that the present high is the result of a speculative bubble. In fact, some of these warnings have started to prove prophetic. The “Musk bump” that drove Bitcoin up from US$30,000 (S$40,800) has since become a problem, with mass selloffs triggered by a simple tweet.

That is not to say, however, that Bitcoin’s rise is nothing but hot air. The technology in itself is interesting and a work of mathematical genius. Its function as a store of value can, in some sense, be considered superior to the fiat currencies of today, especially following the policies of unlimited quantitative easing during the pandemic. Because Bitcoin (and many other cryptocurrencies) have limits as to how much currency can be issued, there is a guaranteed limit to which inflation may erode the value of a Bitcoin. But such analysis is only partial. While it is true that inflation is not a serious threat, the lack of central control also means that there exists no central bank to control monetary policy, including ensuring monetary stability. Blockchain technology and limits to the mining of Bitcoin and cryptocurrencies in general, which in any case do not extend to all cryptocurrencies, only provide an imperfect mimicry of central bank functions. And any successful mimicry is not completely new. Instead, it is a system that relies on principles from an abandoned system – the gold standard.

Three iterations of the gold standard have been tried so far: the gold specie standard, the gold bullion standard, and the gold exchange standard. The constant factor for all of these has been that money in the form of banknotes, where they exist, is backed by gold, which serves to control inflation and facilitate the exchange of different currencies. If not, gold itself, due to its scarcity, places limits on inflation. Under the gold standard, all trade is reducible to terms in gold, and since there exists a natural limit to the amount of gold that can be produced, the inflationary pressures are kept in check as long as the benefits of being on the gold standard are greater than the desire to have unfunded borrowing.

Additionally, each iteration has been characterised by increases in centralisation and regulation. Central banks began to appear as the desire for secure transactions increased, paving the way for the transition into the gold bullion standard from the gold specie standard. The desire for international exchange rate security and the prevention of financial crises resulted in the creation of the gold exchange standard, backed by the Bretton Woods system. These transformations occurred for good reasons. It was, and still remains important, that the supply of money is regulated to ensure that inflation does not run rampant, that capital controls are imposed if necessary, and to adjust exchange rates as required.

Of course, as currencies are not tied to any particular state, cryptocurrencies do not have national objectives to meet. Central banks, on the other hand, control monetary policies to achieve such national objectives. But this distinction does not mean that cryptocurrencies should be exempt from regulation and control. After all, under the gold standard, the trade of gold itself was not controlled, but there existed minimum requirements of gold under fractional reserve banking that limited how much currency could be in circulation. What is required is not the regulation of cryptocurrencies per se but their derivatives. What these derivatives are, as is the nature of cryptocurrencies themselves, are currently topics of hot debate.

But one possible answer is that cryptocurrencies are the new gold. Just as there is a limited amount of gold in the world, there is a natural limit of 21 million Bitcoin that will eventually become available, and as long as security is sufficiently high, supply shocks cannot occur. In this sense, Bitcoin acts as a store of value that is perhaps superior to commodities such as gold, silver, or oil. As a unit of account, Bitcoin may be infinitely divided. Transactions can take place in amounts much smaller than regulated currencies are feasible for. The main issue here is that cryptocurrencies’ ability to serve as a medium of exchange is highly questionable. As a form of fiduciary money, it is backed only in public confidence.

In his book “Debt: The First 5000 Years”, anthropologist David Graeber posited that gold was a valued commodity because of the necessities of war and conspicuous consumption. Paper bills were valued first because they were backed by commodities, during which time they were a mix between commercial bank money and commodity money, and after the Nixon Shock, they were valued because governments backed them up, resulting in bills becoming fiat money. Cryptocurrency, on the other hand, has none of this. The omnipresent possibility that the value of such currencies could depreciate drastically at any point may serve as a significant barrier for anyone wishing to hold such currencies over the long term.

And here we run into the key paradox with cryptocurrency, which is that cryptocurrencies need to have their cake and eat it too: without a central authority to regulate it, freedom is a key attraction not just for those wanting to make legitimate and safe transactions, but also for those wanting to make illegal transactions safely. But with regulations to ensure the financial security of individuals who use cryptocurrencies, a large part of their freedom is lost. Too much centralisation places corruption within the realm of possibility as well. Hypothetically speaking, any group with more than 50% of processing power in the world could easily create fraudulent blockchains with sufficient proof of work, forming a central authority that could regulate cryptocurrencies without oversight from anyone.

The challenge here is not anything particularly new. It is simply a recontextualisation of questions considered before. What can be done to balance public trust and power? To this question, there is no correct answer, at least so far. But this question has been reinvigorated by the debate over cryptocurrencies, and will no doubt continue to be a defining question in the world of fintech for the years to come.

Whether cryptocurrencies become more prevalent in the world of finance, at least in the near future, looks to be the wrong question. The more important, and far more interesting question, is whether governments can adapt to the innovation to their benefit, how they do so and which governments do so best. 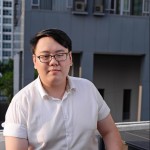