Indonesia’s new Job Creation Law, popularly (or unpopularly) known as the “Omnibus Law”, covers a range of issues in a single regulation — the first of its kind in the country. The statute amended more than 75 laws, which has sparked controversies.

First initiated by President Joko “Jokowi” Widodo in February, the Omnibus Law was aimed at creating jobs and attracting investments, essentially deregulating the economy in the face of increasing competition and global economic demands. The law was also deemed necessary as Indonesia is expected to record its first economic contraction since the 1997-98 Asian Financial Crisis.

The final draft of the bill was passed into law by the People’s Representative Council on Oct 5, 2020, before the large-scale three-day wave of protests between Oct 6 and 8 across the nation.

The law simplifies the business licensing types and process by combining or removing licences and introducing a risk-based business licensing system. Businesses will be categorised into low, medium and high-risk levels based on the hazard level of business activities. Furthermore, the business licensing process can now be completed through an Online Single Submission (OSS) system, streamlining the previously complex and often unclear processes of obtaining business permits and licences.

This is a major change introduced by the law, making the process of setting up businesses in the country more straightforward for investors.

The law will cut the corporate tax income from the current 25 per cent to 22 per cent in 2021, and to 20 per cent in 2023. Public-listed companies that have at least 40 per cent of their shares traded on the Indonesia Stock Exchange (IDX) are also eligible for an additional 3 per cent tax reduction. Predictably, the proposed tax reductions will make Indonesia more competitive in the region.

The lack of transparency in the drafting process has sparked widespread repudiation from the public. Here, we highlight two of the most contentious revisions by the government.

The Omnibus Law seeks to abolish the provisions of the minimum wage. The minimum wage law in Indonesia has long been hailed as the “crown” after the 1999 reformasi period as it protects workers’ interests against violations of trade union freedoms. Although the law recommends that minimum wage still be regulated by provincial governments, the central government is no longer obliged to stipulate a national wage policy protecting labourers.

The abolishment of Article 64, regarding outsourcing of business activities to other firms and workers, also raises a warranted concern. With contracts being unnecessary for outsourcing, workers in the informal economy — accounting for more than 60 per cent of the workforce — now face higher risks as they are no longer legally protected.

In its controversies, large-scale demonstrations against the Omnibus Law were held in 18 provinces across the country to call for a revocation of the law. Despite Jakarta being one of the major Covid-19 hotspots, people assembled to protest the new law, disregarding pandemic regulations.

The national strike organised by union leaders has been largely peaceful. However, some demonstrations have turned into violent scenes of protesters throwing rocks and setting fires. Meanwhile, riot police officers retaliated by firing tear gas and water cannons to disperse the crowds. Activists have accused the police of using excessive force against protesters and journalists, with hundreds of reported cases of alleged assault and missing people.

In response to the mass criticism, President Jokowi claimed that the hostility to the Omnibus Law has been based on “disinformation and hoaxes spread through social media”.On Nov 2, President Jokowi officially enacted the controversial law, and the constitutional court has received three requests from citizens to review the law. At present, the full implication of the law remains uncertain. 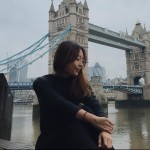