Despite lacking a degree in Economics, it did not deter Miss Cheryl Wijaya from pursuing an internship at the Economic Affairs Section at the Embassy of The Republic of Indonesia in Singapore (KBRI Singapura).

Instead, the International Relations graduate from the University of London-Singapore Institute of Management (SIM-UOL) who only took an International Political Economy (IPE) module during her course, sought to debunk the misconception that only those from the Business majors can venture into the Economics arena.

Her first internship to date, the 21-year-old, who has applied for the stint via email, told The IAS Gazette: “Having the knowledge in Economics or Finance can be advantageous, but it does not necessarily mean that those from other disciplines cannot venture into this area.

“The main challenge was not about understanding the technical terms or economic model, but integrating the knowledge that I have learnt in school in order to explain the global economic phenomenon that is happening today.

“Reading economic magazines and talking to a colleague who has a strong political economy background and years of experience helped me get a better understanding of the approach that the department is taking.”

One of the busiest departments in the Embassy due to the physical proximity between Singapore and Indonesia, Miss Wijaya said a regular day at work includes media monitoring, meetings with businesses, preparing and attending various trade-related events and reading up on reports from the Committee on the Future Economy (CFE).

The CFE was formed in January 2016 to develop economic strategies to position Singapore for the future – to be a vibrant and resilient economy with sustainable growth that creates value and opportunities for all. The other members include leaders from different industries in both global and domestic markets, as well as large and small enterprises.

Noting that the assignments given to them are usually in line with their research interests or possible career paths, Miss Wijaya who is currently reading a Masters in Development Management at the London School of Economics and Political Science was given an opportunity to look into the current administration’s policy on economic development and youth entrepreneurship.

“My intern team was also responsible for looking into the current administration’s policy on youth entrepreneurship and presenting those findings to the deputy chief of mission, Didik Eko Pujianto.”

The native Indonesian, who hopes to pursue a career in economic development after completing her masters, also observed a stronger commitment to deepen trade and investment links between Singapore and Indonesia.

This was reflected by the section’s effort to host their annual flagship event, Indonesia Investment Day (IID), to facilitate cooperation between the two countries.

She said: “Indonesia has a rich endowment of natural resources, strong growth potential, and a large domestic market.

“With all the hard work and stronger commitment from both countries, many contacts have been turned into contracts through various initiatives such as dialogues and working group meetings.

“In addition, holding an event like IID also helps to catalyse and facilitate economic cooperation between the two nations.”

Among the advantages of her internship, it also helped bolster her understanding of the theories learnt in IPE such as the state-market interaction where she saw how the different forces are reshaping the global economy and how the role of technology is reshaping the involvement of the private sector in Indonesia’s economic diplomacy.

Elaborating, she said: “In today’s digital age, the rapid growth of the informal economic sector in Indonesia needs to be supported by investment both from within and outside the country.

“Hence, the discourse among policymakers has also been shifted to focus on the impending needs of capital to foster faster economic growth in Indonesia.

“(And) one of which is through cooperating with the venture capital firms to support the development of the startup community in the country.”

What impressed her, however, was the participatory culture within the Embassy.

Not only was she given the chance to contribute, draft, and produce the substantive guidance for the panel discussion for IID, Miss Wijaya also got to emcee at a public-private dialogue event that was attended by various representatives from private sectors, including big technology companies such as Google and the Indonesian Ambassador to Singapore, Mr Ngurah Swajaya.

On top of that, she also got to attend some rather interesting events such as the 7th Singapore-Indonesia Six Bilateral Economic Working Groups Senior Officials’ meeting and Her Times Women Empowerment Awards where she met numerous inspiring personalities.

They include Yenny Wahid, second daughter of the late President of Indonesia Abdurrahman Wahid and a social and political activist who has been working on peacebuilding measures in Indonesia; and Tri Rismaharini, the first female mayor in the city of Surabaya.

During her stint, Miss Wijaya who had to learn to work with her peers who came from different backgrounds to complete the tasks within the time given, felt that the UOL curriculum in Singapore tends to focus largely on academic performance and neglects other important soft skills that are necessary to thrive in life.

Citing her emceeing experience, she said: “I learnt that learning can happen from anyone and everywhere, and it does not necessarily (need to) take place in a formal education system.

“I really enjoyed (working at the embassy). I worked closely with the people within my department and they are very hospitable, smart, and humble.

“They are the kind of people who encourage you to cultivate the culture of continuous learning.”

She also reminded students that it is okay if one needs more time to figure out what they want to do in life, as long as they are persistent in giving their best in whatever work they do.

“Life is a marathon, not a sprint. Enjoy the experience, keep learning and surround yourself with people who can bring the best of you out of you. At the end of the day, you are what you put in the process.” 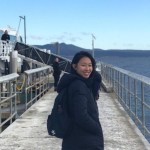 Tags: All In A Day’s Work, Indonesia, Singapore