I was recently at a family friend’s place for a social gathering when I bumped into a girl who had just finished her ‘A’ levels from an elite Junior College. As usual, the talk advanced to queries on her plans for the future and she vilified “I just don’t want to go to NTU (Nanyang Technological University), it’s the university where most polytechnic students go to.”

This took me aback and for the rest of the evening, I could not help but wonder how far imperious feelings such as this exist. Elitism is etched into the very fabric of Singapore’s education system. From a young age, students are made keenly aware of where they stand among their peers. Going to an elite school automatically makes them the crème de la crème, for which they get resources and opportunities that their peers from non-elite schools can only wish for. After all, it is their own fault that despite the “meritocratic system”, they didn’t get into a top school.

In a speech given at his alma mater, Raffles Institution, Emeritus Senior Minister Goh Chock Tong most aptly put, “when society’s brightest and most able think that they made good because they are inherently superior and entitled to their success; when they do not credit their good fortune also to birth and circumstance; when economic inequality gives rise to social immobility and a growing social distance between the winners of meritocracy and the masses; and when the winners seek to cement their membership of a social class that is distinct from, exclusive, and not representative of Singapore society — that is elitism.”

A 2017 study by the National University of Singapore’s Institute of Policy Studies (IPS) on Social Capital in Singapore revealed that socio-economic class was the biggest divide in Singapore and that individuals who went to non-elite schools only had ties with an average of 0.4 persons who went to an elite school. This divide sets the stage for building generations who mainly interact with others from the same class as themselves. Without knowing how the other half lives, not only does it keep those from elite backgrounds in their own shiny bubble, it also reduces their ability to empathise with others from less fortunate backgrounds.

With students from elite schools being touted as the future leaders of Singapore, it is worrying that they are only superficially aware of the problems faced by the less privileged. Could this potentially lead to problems in policy making which unknowingly ignore the interests of the underprivileged?

In view of this, the government is taking a step forward towards ensuring that the needs of all students are met, by attempting to create a system more flexible and purposeful. In March this year, the Ministry of Education introduced the restructuring of the streaming process and subject-based banding that would replace the segregation of students according to their Primary School Leaving Examination (PSLE) results. The new system allows for students to take subjects individually at one of three grading bands: G1 – equivalent to the Normal Technical stream, G2 – equivalent to the Normal Academic stream and G3 – equivalent to the standard at the Express stream. All Secondary Four students will then take a common national examination and the results will indicate the level at which they took each subject.

However, those from the Integrated Programme (IP) schools, which allow for students to skip the O-Level examinations and go straight for the A-Levels, will be exempted from this streaming process. Students who score more than 250 in their PSLE will be eligible for admission into IP schools and this is what some parents seem to be aiming for. In March, 2019, the Straits Times published an article  “End of streaming: Worries over mixing with Normal students may drive parents to chase IP schools” which highlighted certain opposing sentiments of parents on the new streaming system. Ms. Wendy Chan, a parent quoted in the article said that “she would prefer if her children did not mix with those in the Normal stream” and how the values and mindset of children from that stream would not be in line with her own, to justify her reservations of the new system.

The article added that other parents prefer their children to mix with peers who have the same abilities and who might be from the same social class with a similar upbringing. This then brings about the question of whether this new streaming process might exacerbate elitism. A potential “arms race” where parents who can afford it, will put their children through additional tuition classes in an effort to put them into IP schools.  Keeping this in mind, educators need to be cautious when educating students. IP schools are here to stay, and so it is up to the educators in those schools to ensure that there is an emphasis on traits such as being humble, respecting everyone, contributing back to society and being sensitive.

There are others who add that there is no point in being sour over the fact that students from richer families will be able to afford more resources and hence, will naturally go to better schools. As seen from the 2015 Straits Times article “Elitism can be good for society”, supporters of it believe that elitism is necessary for Singapore’s progress and that equality cannot be placed above intelligence. Such an unfortunate mindset is also what threatens to widen the class stratification in Singapore. I still remember one friend lamenting on having to go to Japan for a school exchange trip instead of Paris, just because the slots filled up. I wonder how many individuals from non-elite schools could afford to complain about this discomfort.

However, exceptions do lie in every case and hence it is needless to say that not everyone who goes to an elite school comes out with an inflated sense of self-importance. I have close friends from top schools that have never flaunted the pedigree of their school or belittled mine. The bottom line is that for Singapore to progress in the long term, not only does it need an intelligent future, but an empathetic one as well. Without the latter, it is only a matter of time before our city-state loses more talent due to the harsh landscape for those not “elite” enough.

An undertaking of this magnitude cannot be done by the government alone and must start at home. Parents should begin the process by pushing away their prejudices and encouraging their children to embrace diversity in the classroom. With the increased interaction, not only will the students benefit from learning how to empathise and respect each other, but it could also nurture a healthy competitive spirit. While the inter-band mobility system that will be fully implemented by 2024 will hasten the process, if parents still continue discriminating against students based on whether they go to IP schools or take more G3 or G1 subjects, then it will ultimately fail. Like any policy implemented, if the public does not do its part to be supportive, nothing will work.

Additionally, a long-term solution could be focused on discouraging preferential treatment for children of alumni when it comes to being given admission to any school, especially elite institutions. This will prevent stagnation of the pool from which a school gets its students and giving a more equal chance to everyone.

Elitism is not going to disappear overnight and perhaps, to keep things competitive, it should not. It is, however, crucial to ensure that despite going to top schools, students should not be led to believe that they are inherently better than others, instead they should learn to value differences, appreciate their own capabilities and stay grounded. It is time to unleash the true potential of every Singaporean student and create a surplus of potential rather than just expect flowers to bloom from a select few pots. 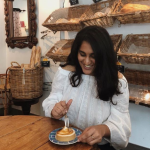