In the midst of President Donald Trump’s protectionism, Miss Windy Tay saw first hand how American companies bore the brunt of its impact.

The U.S. commercial service (USCS) intern, who got to sit in at high-level meetings with American businesses, said a lot of them hoped the government would be more involved in the market in order to keep them assured within the Southeast Asia region.

“Because of their own government’s protectionist policies, a lot of Americans were worried about how other countries would perform a tit-for-tat in order to protect their own trade economies,” she added.

“On top of that, companies were also concerned about the lack of infrastructure and laws within the region to protect their technology and privacy.”

When pressed about her personal opinion on the trade policies and the ongoing US-China trade war, she admitted that it was difficult for her to see how tariffs that hurt the US companies and consumers will advance the government’s objectives.

“The protection of outdated industries will not help the US move forward and trade deficit is something that requires both sides to fix. Bad tariffs and quotas shouldn’t be a solution.”

With that said, she credits the meeting with widening her perspective and also applauded the effort made by the DOC to sit down with businesses from different sectors for an hour to listen to their concerns.

“This is especially important amid all the contradictory policies and trade direction by the new administration.”

While such concerns cannot be addressed expeditiously, the DOC emphasised that the Indo-Pacific strategy put forth by the current administration shows that they recognise the importance of this region within their foreign policy.

For instance, the DOC recognises the common intellectual property (IP) issues faced by American firms due to the incoherency of Indian policies and sought to narrow the gap via a variety of ways.

They include discussing about policy translation and establishing the US-India Strategic Partnership Forum in 2017 to strengthen ties and reduce such occurrences.

“This strategy of theirs seeks to defend freedom in this rules-based international system in concert with willing and able partners,” said Miss Tay.

With USCS being a one-stop government service that offers trade counselling, market intelligence, business matchmaking, and commercial diplomacy to help connect with lucrative business opportunities, the 24-year-old has since mastered the art of versatility during her stint there.

CALENDAR IS MY BEST FRIEND

“On a daily basis, I try to arrive at work slightly earlier to check her calendar and then prepare her documents such as drafting her emails or briefing memos before she goes for meetings.”

While her job is to ensure a smooth transition for Ms Hanson-Muse from one task to another daily, she confessed that it is a harder task than one imagines.

“There’s a great deal of coordination and I have to learn to be flexible when approaching the schedule.

“For instance, I can get assigned new errands on short notice and will have to shift around my taskings for that day to accommodate the more urgent ones.

Besides her daily responsibilities, Miss Tay quipped that she was given the opportunity to contribute more than she was assigned.

This includes performing a quality analysis survey of the services provided by the Department of Commerce in the Association of Southeast Asian Nations (ASEAN) region; manning a booth at the ConnecTechAsia trade show; preparing for DOC deputy assistant secretary (DAS) for Asia Diane Farrell’s visit; and drafting a Smart Cities report for a resilience workshop held in Puerto Rico in Dec last year.

Elaborating on the report, Miss Tay said she was tasked with documenting and listing down the kind of projects and proposals Singapore was going to launch as a Smart Nation till 2030.

“I had to scour for their executive reports and it actually made me appreciate Singapore a lot more because of the work they’ve been pouring into this initiative.”

Yet, she derives her ultimate satisfaction from being able to oversee the DAS’ visit  from start to end.

From preparing her travel itinerary to the day she embarked on her trip gave Miss Tay a resounding sense of satisfaction.

“It is not only because I managed to please the guest, but because I knew of the purpose of the trip and I made it happen.”

While she immersed herself in her work, Miss Tay is also thankful for the friendships forged with both her peers and colleagues over the summer.

The USCS department consists of mostly local staff and a few American officers, but Miss Tay explains that they are rather close-knit and will not hesitate to come to the aid of another – especially when it comes to the lack of technical expertise.

“I think our mindset is that ultimately, we serve the same commercial officer.”

To be unafraid to step out of her comfort zone, she said.

“My superior, Maggie, influenced me to not just consider what I want before jumping into it straight away but also to be unafraid to try because if I don’t try, I’ll never know if I’m suitable for the job.

Prior to her stint at USCS, Miss Tay also interned at the American Foreign Service Association (AFSA) in Washington DC.

During her time there, the advertising intern got to observe the stark contrast between Singaporean and American cultures with regards to diplomacy work.

The former is rather result-oriented, but the latter offers a lot more avenues for people to explore.

“In Singapore we can only think of the Ministry of Foreign Affairs if we want to venture into foreign service. But in the States, I realised that diplomacy work doesn’t have to be through the government.

“For instance, environmental diplomacy is also a form of diplomacy – you can be selling solar panels and play a part by engaging more companies to use solar panels instead of coal, fuel, oil etc.

“This not only helps the world in general, it also allows everyone to build closer ties with each other.”

When asked why she chose to take up two American internships, she said the job scope was different and interning in the US allowed her to ease into the work culture at the Embassy more easily.

“I looked forward to the internship at the Embassy as that was where I could be involved and saw the the process of governance and how an administration’s policies define businesses and the economy.

Though she is still in search of her greater calling, Miss Tay credits both internships for helping to narrow her options to the public sector, to be part of the government that structures the society and economy.

“So it was definitely a fruitful one year.

“One man can’t change the world, but the government can adjust the international system via their foreign relations with other countries.”

Expanding on her environmental diplomacy example, she believes that while Singapore may disagree on many issues, everyone has a stake in environment, regardless of their values or principles, and she looks forward to seeing the country build stronger ties with others to tackle that issue.

“I hope I’ll be able to do that for Singapore one day or contribute to the United Nations and work with people from other parts of the world even if they don’t even share the same citizenship as me.

Her final piece of advice for juniors? Don’t belittle yourselves.

“Always go with an open mind and show that you’re keen to learn.

“Don’t worry so much and try to adapt to whatever comes. You’ll never know what kind of opportunities and surprises life brings if you don’t even try.”

Students who are inspired by Miss Tay’s story can get involved via SIM’s internship portal, UNICORN, a one-stop integrated hub for students and employers to apply and receive applications respectively. 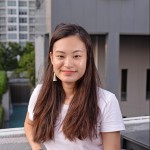 Show me the world.

Tags: Life at the Embassy