In his 1950 book Unpopular Essays, the great British philosopher Bertrand Russell wrote ‘‘It has been said that man is a rational animal. All my life I have been searching for evidence which could support this.”

The pithy remark was certainly written in jest, but there’s some truth amidst levity. From Napoleon’s long winter march to Trump’s Twitter feed, humans have a seemingly poor track record at being rational. If Russell was right, then that would imply that we humans are still driven by our primal passions, rather than the calculated rationality that sets us apart from the common beast.

In economic theory, rationality is the ability to make choices that result in the greatest amount of utility for an individual. In short, it’s a cognitively driven response to decision making as opposed to gut or emotion. Most of us are rational about our everyday decisions, like paying off our student loan with our first paycheck instead of blowing it on the new iPhone, or staying home the night before a test instead of hitting the bar with friends. But what about those closer to the heart? All too often we hear of people who stay in harmful relationships longer than they should, or exhibit completely irrational behaviour when seized by grief.

The Heart of Social Movements

The question carries great relevance when it comes to social movements. From Thomas Paine’s revolutionary call to arms to Martin Luther King’s impassioned plea on the steps of the Lincoln Memorial, em18otion has played a defining role in all of the most successful movements in the past few centuries. But in the age of social media and real-time content sharing, emotion has in some ways become more of a hindrance than a help to the success of movements.

Take Kony 2012 for example. In 2012, Invisible Children launched a social media campaign titled “Kony 2012”, which was aimed at spreading awareness of Ugandan warlord Joseph Kony and his guerrilla group the Lord’s Resistance Army. The goal: to harness the power of public outcry to bring him to justice. The campaign went viral instantly, with its eponymous documentary reaching 100 million views on YouTube in just six days.

The use of impressive visuals as well as tear-jerking narratives appealed to the hearts of millions, and soon the Twitter-sphere was teeming with righteous fury: How did he get away for so many years? What low-life would abduct and recruit child soldiers? Unsurprisingly, even the celebrities soon jumped in on the act. In 140 characters, celebs like Justin Bieber, Kim Kardashian, and Oprah rallied their followers to “come together and #STOPKONY’.

Despite all the hype, Kony 2012 fizzled out miserably within months. Though some 3.5 million people pledged or signed up with Invisible Children for their worldwide Cover the Night campaign, less than 50 in Brisbane turned up, and the number was even fewer in Vancouver with only 17 attendees. How did a viral movement like that collapse in such embarrassingly mute fashion? Social commentators pointed to a large number of reasons, but one contributing factor was its heavy emphasis on the emotional over the rational. Scientists have long divined that emotion – especially short-term emotion – isn’t the best catalyst for sustainable change.

While the “you too can be a force for change” rhetoric appealed to eager armchair activists, many ended up being so drawn to the idea that they could and should save these children that they ended up failing to do the rational thing: sit, pause, and think. How legitimate is this Invisible Children organisation? Are there better ways to help these Ugandan children? Is Joseph Kony even a credible threat? Those who purchased the action kits might well have gotten a good night’s sleep, but it’s likely that many forgot about Kony by the next morning, save for their feelgood acts of altruism. Kony 2012 struck many hearts, but its reluctance to engage the head eventually led to it collapsing on its own sword.

Granted, not every social movement is a Kony 2012, but it’s clear that 21st-century activism requires a more rational approach. But how does one bring cold rationality to what has traditionally been an emotionally charged playground?

According to philosopher Peter Singer, such a feat is possible, and is in fact happening. Over the past decade or so, Singer, along with other notable individuals like Bill Gates and Facebook co founder Duskin Moskovitz, has been promoting a movement known as Effective Altruism. Put simply, Effective Altruism is a philosophical and social movement that focuses on applying rationality to the often sentimental nature of altruism, in a bid to generate the largest amount of net “good” in the most efficient way. In a 2013 TED talk , Singer cited the example of providing a guide dog for a blind person. While he says that it’s a “good thing to do”, he maintains that there are many better things one could do with the same resources.

“It costs about $40,000 to train a guide dog and train the recipient so that the guide dog can be an effective help to a blind person,” he says.

“It costs somewhere between 20 and 50 dollars to cure a blind person in a developing country if they have trachoma. So you do the sums and…you could provide one guide dog for one blind American, or you could cure between 400 and 2000 people of blindness.

“I think it’s clear what’s the better thing to do.”

To the effective altruist, that better thing is always the most rational thing, or whatever brings the “greatest happiness of the greatest number”. To truly understand how stone cold rational the movement is, one only has to look at the ethical positions of Singer himself. Deeply controversial, Singer goes as far as to espouse selective infanticide for children born with severe disability, or euthanasia for adults with similar conditions, all of which frees up public health resources for society’s abled.

While Singer’s views may be a little extreme, it’s astounding just what a small injection of rationality can do; charity rating organisations like GiveWell estimate that some charities are a thousand times more effective than others. In the case of philanthropic altruism, rationality forces you to consider not only if you are giving to a just cause, but if you are giving to a right cause.

Of course, we can understand how it’s easier to make rational decisions when it involves dollars and cents. After all, facts and figures leave less to the vagaries of interpretation. Organisations like GiveWell have complex algorithms that help calculate indices like “cost per life saved”, but unlike philanthropy, the unquantifiable nature of activism precludes it from having any kind of mathematical sophistication.

But this doesn’t mean we can’t aspire to rational activism. While raising banners isn’t the same as raising funds, the rational activist can still make calculated decisions on which course of action would generate the most benefit for a movement. Want to help faraway Ugandan children? Perhaps buying a Kony 2012 action kit isn’t the best course of action. Interested in environmentalism? There are better ways to do it than just flipping switches for Earth Hour.

Being rational forces us to sit down, think hard, and formulate our options, before choosing the best one from an array of them, rather than leave ourselves swayed by human gut and emotion. Given the great leaps in technology and all things good, the startling lack of rationality is still a pervasive, and even harmful drag on the strivings of humanity. Many people champion causes that are close to their heart, but there is a need for movements to be closer to the head as well.

Should the rational activist then check his emotions at the door?

After all that’s been said, the unfortunate answer is well, not quite. Singer’s approach may have revolutionised the act of giving, but a terminally rational approach would only serve to strip away the emotion necessary for the performance of any kind of good.

According to Dan Ariely, author of Predictably Irrational and professor of psychology and behavioural economics at Duke University, too much rationality can actually be a recipe for disaster.

‘The key to action is not thoughtful deliberation,’ he says. “If we get to think in a calculated Mr. Spock kind of manner, we would do what economic theory tells us; we would be selfish, we would just care about ourselves and not care about everybody else.”

In the case of effective altruism, critics have accused it of devaluing the emotion – particularly empathy – that makes giving charitably possible in the first place. The Enlightenment philosopher Immanuel Kant once argued that passion was incompatible with moral action, but the reality is that no movement can be sustained by a pure appeal to the cerebral; it is the emotion in social movements that give it the power to harness the public-spirited in our ranks.

Social movements need to be more rational, but they cannot completely abandon emotion. Ultimately, movements require both the head and the heart – the latter to provide the initial spark and the former to sustain it.

“There are positive emotions and negative [emotions], admirable and despicable ones, public and hidden ones. Without them, there might be no social action at all. To categorise them as rational or irrational is deeply wrongheaded.”

Perhaps Nietzsche said it best: One ought to hold on to one’s heart; for if one lets it go, one soon loses control of the head too. 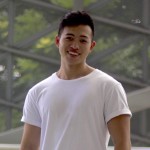