The world is entering a new phase of politics – one where America can no longer unilaterally spearhead without relying heavily on friends to counterbalance foes. However, during July’s Helsinki Summit, President Trump was berated by angry critics for his ‘treasonous comments’ regarding US’ relationship with Russia, accusing previous administrations for Putin’s rough behaviour in light of Russian meddling in the 2016 US presidential elections. To deteriorate matters further, this came after Trump had called the EU a foe of US economic trade relations. Donald Trump insisted that the EU was riding on American expenditure in NATO and threatened to withdraw the US from the 1949 military alliance back in May.

Trump’s heavily inconsistent stance when it comes to determining allies and enemies has changed the dynamic of international relations into one of volatility, uncertainty and hostility. However, can one argue that perhaps this is the new characteristic of a multipolar world? Trump may seem controversial, but does he have a point given the position of America’s influence in the face of a rising China?

US-Russian relations are mired from the legacy of the Cold War – which is why Americans have such adverse reactions to Trump’s comment on Russia’s meddling in US elections, especially since the election victory was given to the man himself. Despite that, US administrations cannot be wholly viewed as binary, where the leadership of one man is better than the other. There is value to be seen from the leadership of Donald Trump – a coincidental stumble onto the correct foreign policy.

The Obama administration’s approach to the Syrian war entailed a bolstering of the rebels in the Free Syrian Army starting in 2014. Obama prioritised American moralism – a zero-tolerance policy for dictators and a preference for democratic regimes – arguably over the idea of pluralism that was symbolised when Trump decided to remove troops early this year. It effectively paved a way for the conclusion of the war, albeit under Bashar Al-Assad’s banner.

Yet, Obama’s administration has been regarded as the office that salvaged America’s damaged reputation amidst the 2003 Iraqi invasion through his expeditious manipulation of soft power. The oxymoron is that by removing troops from Iraq in 2011, Obama had demonstrated that America was back on track towards re-affirming the very principles that were besmirched with the invasion: “liberty and equality”. Consequentially, his administration was characterised by strict adherence to rules attached to the old world order, something Trump heavily subverts with his erratic personality.

Trump has been called out for poorly executed policies and unruly behaviour. The separation of families at the Mexican border, the Muslim travel ban, healthcare, the Lebron James saga, Trump and the locker room and the list goes on. It is easy and convenient to pin the failure of America’s domestic and foreign policy onto the personality of one man, especially after the succession of Obama, whose effort has set the bar high on political expectations.

However, Trump’s foreign policy decisions have succeeded in one area where many others have failed. Despite being a buffoon in diplomacy, he has brokered a meeting with North Korea. Twitter feeds and Facebook posts exploded all over the world as the Sentosa Agreement was heralded as the next step towards peace. It is seemingly coincidental because it is not known if Trump himself fully realises both the brilliance and idiosyncrasies of his actions. On the one hand, he has said denuclearization would begin immediately and the next he says that there is no time limit on this process. Today, the issue remains ambiguous, but the fact remains that the first step to a new change has already been made (despite its superficial connotations). He must subsequently reaffirm his intentions with unyielding fervour and not play into the opinions of either democrats or republicans.

Given the backdrop of the successes and failures of the Trump and Obama administrations, President Trump’s challenge to European allies and a predilection towards old American enemies have reshuffled the structure of the world order. US Security, economic restructuring and ideological retreat is the new policy of American interest until 2020.

In essence, Trump may be different, but it is erroneous to not understand the kind of language he can put forward. The Helsinki Summit could be a prelude towards warmer waters and a new light for diplomacy, but how America chooses to portray that diplomacy is vital. Trump must continue stumbling onto the correct foreign policy for America and justify it with affirmation.

Wayne Ang is an intern at the NUS Middle East Institute and a final year student at SIM-UOL majoring in International Relations. 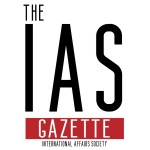